It is said that chance plays an important part in our everyday affairs. A chance remark in 1944 undoubtedly led to the formation of the Hervey Bay Bowling Club, renamed in November 1973 to the ‘Hervey Bay Bowls Club’.

Three friends met casually in Main St. Pialba in July 1944. They were Len White, Bert Carlson and Frank E Barton, a resident of South Burnett who was holidaying in the Bay. Len mentioned to Frank that the Bay needed a public bowling green in addition to the three rink green at the Vernon Hotel (now the Hervey Bay Hotel).

Frank agreed with this suggestion and returned to his farm in the Murgon District. At this time he was close to retiring in Hervey Bay. Reports show that he did indeed retire and settle in Hervey Bay as a resident in the early part of 1945. Frank was immediately engrossed in how to form a public bowling green and he set about accomplishing this by gaining the support of the Hervey Bay Progress Association, which became defunct in 1947.

Upon receiving their support, a public meeting was called by means of the following advertisement in the Maryborough Chronicle on Tuesday, 10th July, 1945, page 4:
Hervey Bay Bowling Club

The Hervey Bay Bowls Club has now become incorporated so as to be able to apply for grants from the many opportunities that the government and other private funds offer.

With this backing, our facilities are second to none. The club boasts three artificial greens with sun shaded rinks, which means that the harsh sun is never a problem!

Visit us today to enjoy bowls, barefoot bowls, pokies, a licensed bar, bistro and catering facilities.
If you wish to come to a friendly club and have a fantastic time, the Hervey Bay Bowls Club is the place to be. 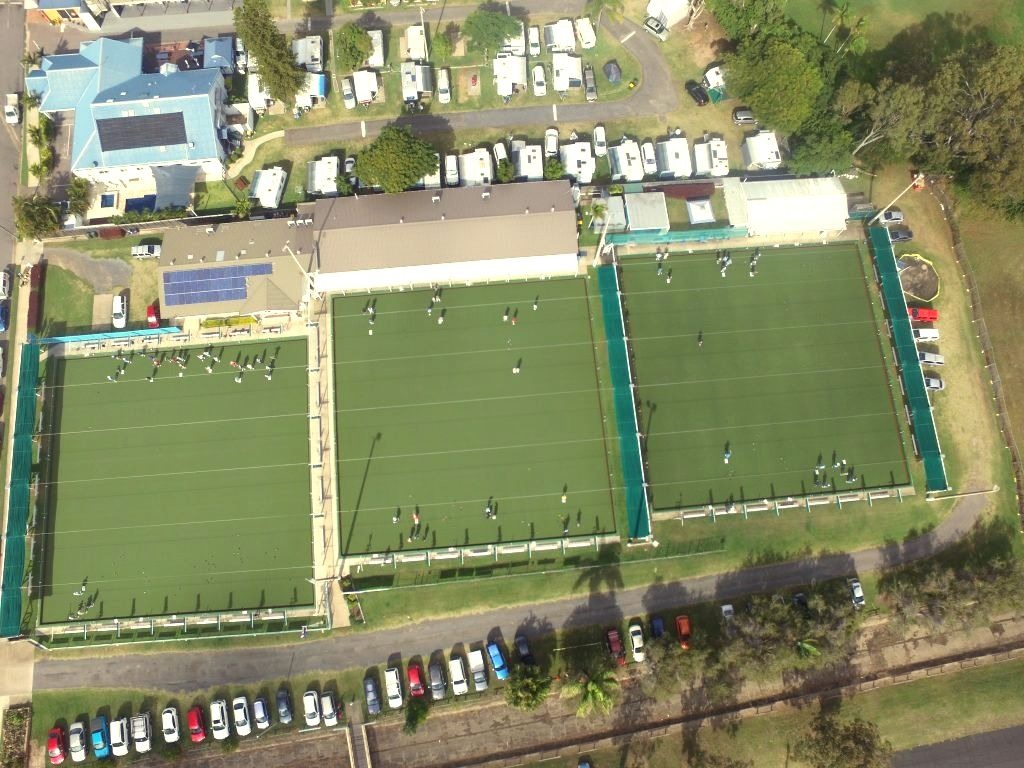 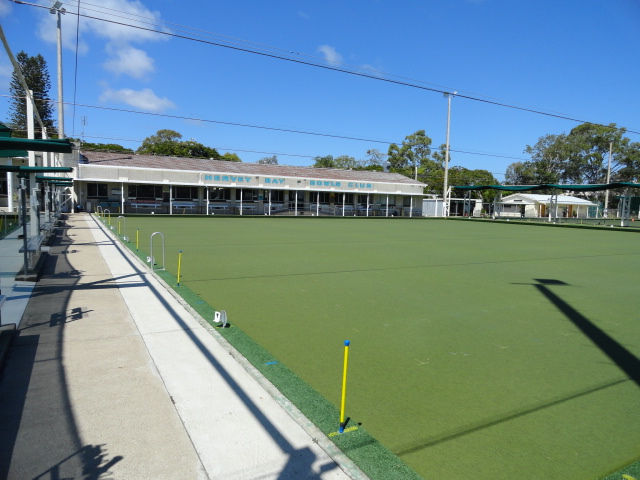